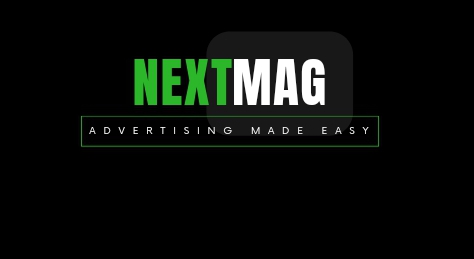 16 Advantages and Disadvantages of Television Advertisement 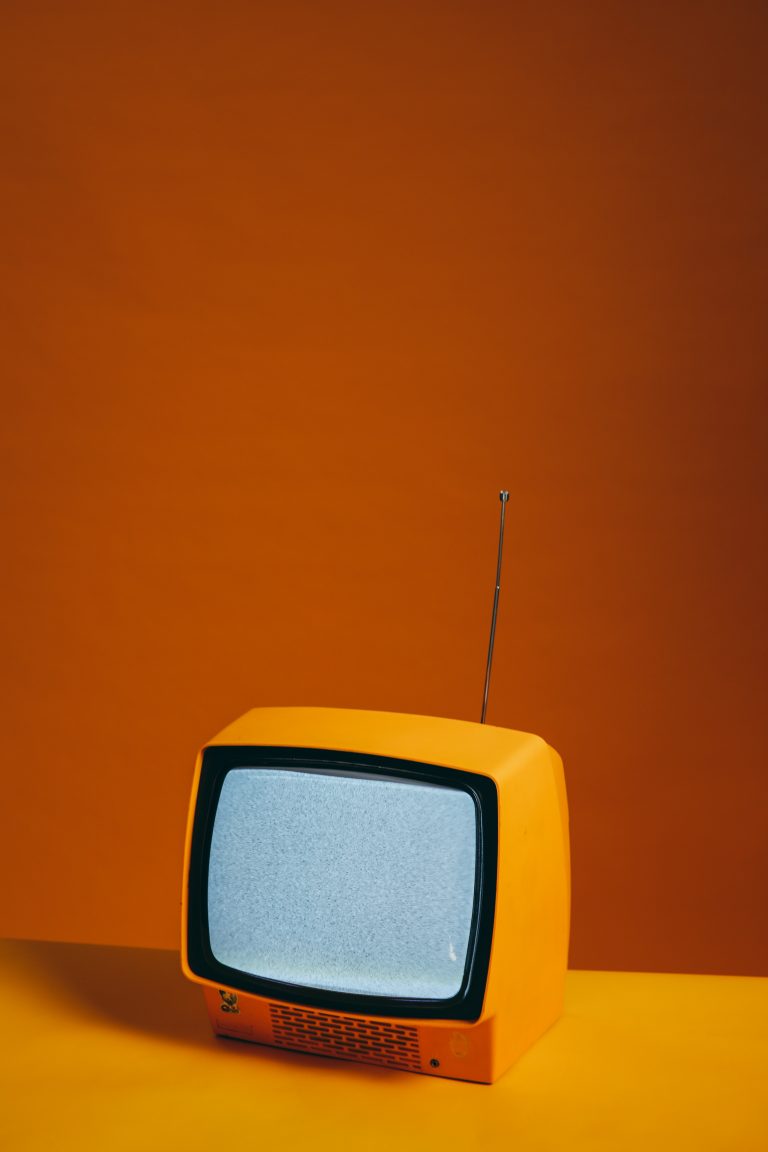 With more than 1,500 commercial TV stations in the US and thousands more worldwide, TV advertising is a fast and effective way to get your message out there.

Adults of all ages can be reached by 85% on average through television advertising. With that much power, it’s impossible to ignore the pros and cons of this marketing strategy.

Over the years, there have been some significant changes in how TV ads are put together. In the 1950s, companies in the United States used single-sponsor TV shows to spread their message. Not until the 1960s did commercial breaks become a normal part of watching TV.

Since then, the average amount of time spent on TV ads per hour has gone from 9 minutes to 19 minutes. Even though consumers can now watch TV through streaming, on-demand, and other methods, the commercial break structure hasn’t changed.

The only thing different? Some streaming services and TV stations have timers that let people know when their show will come back. This timer makes it more likely that a brand will be seen during the commercial break.

These are the most important things to consider if you want to advertise on TV.

Below are the top most important advantages of television advertisements that all advertisers needs to know:

1. It is a medium that gives consumers instant trust.

2. There is a strong reach into the households of the target demographic.

Only 2% of households in the United States say they don’t have at least one TV. At least two TVs are in most homes today. Three out of five households say they buy cable TV packages, while 30% say they use a different way to watch TV, such as a satellite. With the right indoor antenna, it’s still possible to get free TV, too. TVs can also be found in bars, restaurants, doctor’s offices, stores, and other places. You have a lot of potential if so many people see you.

3. A lot of people watch TV these days.

A very high number of people say they watch TV every day. In the U.S., about 90% of adults watch TV, and the average person watches 25 hours per week. People between the coveted ages of 35 and 49 watch about 29 hours of TV per week, while Baby Boomers, who control about 70% of the U.S.’s discretionary spending, watch almost 50 hours per week. When you buy ads, your message goes right to the people who would be interested in what you have to say.

4. It’s a chance to reach people who can’t leave.

The cost of advertising on TV during the Super Bowl is higher because the viewers are so interested in what is going on. People may be doing more than one thing at once, but they will stop to watch a commercial if it has a message that is important to them. That’s why TV is such a powerful medium for advertising. Even when the numbers show that people aren’t watching, they are still near their TV. They’ll come back because they want to hear something interesting.

5. There are many ways to get your message out there.

Unlike most forms of advertising, TV lets you send out a message with two choices instead of just one. You can use both visual and audio tools to help people see and hear your message. This makes it easier for people to remember what was said to them, which makes it more likely that your advertising will lead to a sale at some point.

6. Unlike streaming services, you can get both what you want and what you need.

Let’s say you want your TV ad to be seen during a certain show. If you buy that commercial for an NBC show in the US, you can expect to pay $35 or more per thousand impressions (CPM). Now, let’s say you want to run an ad during the same show on Hulu, which NBC partly owns. What’s that? You can’t do it. The only thing you can buy on the online platform is demographics. When you work with TV, you can still buy shows and demographics.

7. People who cut the cord don’t watch much TV anyway.

People worry a lot about people cutting the cord, but from an advertising point of view, companies shouldn’t worry. Most people who decide to get rid of their cable didn’t watch much TV to begin with. Compared to how long regular TV viewers spend watching shows, cord cutters watch 100 minutes of streaming TV on their tablet and 60 minutes on their smartphone each week. If you buy a TV ad spot, you will still be able to reach your engaged demographics.

8. You can make a personality that fits with the message of your brand.

Think about some of the most memorable ads you’ve seen on TV in the past 30 years. What do you think of? Is it the Chihuahua from Taco Bell? The different GEICO ads that seem to always make you laugh? Maybe it’s the duck from AFLAC. Even if you haven’t seen a good commercial in a while, it can still make a big impression. It doesn’t even have to be funny. Budweiser’s tribute ad to 9/11, in which their famous Clydesdales went through Smalltown America and across the Brooklyn Bridge to bow to the New York City skyline, still makes people cry almost a decade later. Because of this, you can’t just ignore how powerful this form of advertising is. If your ad stands out, people won’t forget it at all.

Below are the eight disadvantages of television advertising that you need to know.

1. There’s no guarantee that people will look at the ads.

2. People can get used to hearing about a brand.

When people see the same TV commercials repeatedly, the message loses some of its power. Time also limits how many people see the message, especially for people who linearly watch TV. There was a 7% drop in linear TV in the 18–24 age group in just one year (from 2015 to 2016). Since 2011, 40% less TV is being watched by young adults.

3. There aren’t many community factors to think about.

At the local level, people are most likely to watch TV ads when they are shown during local newscasts or local shows. That also means that up to 30% of the people in the area might not be watching TV right then. You will also pay more for these spots because they are such a good way to advertise, even though you can’t be sure that anyone in your target audience will actually see them. Because of this risk, companies often think twice before investing in this kind of marketing campaign.

In 2016, a 30-second spot on local TV, whether it was part of a local show or an assigned local spot during the day or at night, cost between $200 and $1,500. The price doesn’t cover the whole campaign. It’s just for that one ad to be seen that one time. The average price for a 30-second national commercial was $123,000. If you wanted to run an ad during the Super Bowl, you might have to pay more than $4 million to do so.

5. The cost of television extends beyond the cost of air time.

If companies want their TV ads to work, they must first pay for the content’s production. You might have to hire a script writer if no one in your company can write the script for a TV ad. You might need to hire a spokesperson and actors to take your place. Film editors have to put together all of the different takes that were filmed. Then you might need to work with an advertising agency to get this talent together before you start. Even if your local TV station can produce its own shows, it might cost a few thousand dollars just to get started.

6. It has to be done over and over again for it to work.

Some ads on TV work right away, but most ads need to be shown more than once before they work. That means the cost of your 30-second spot must become a regular cost. If you can find a spot for $200, you have something that isn’t too expensive. Even if each spot costs $1,500, just 10 of them will cost $15,000 without a guarantee of a return.

7. It is hard to change advertising on TV.

Once your TV ad has been filmed and is being shown on local or national stations, it will be hard to make any changes. If you have discounts that change or a special offer, you might get better results from different types of advertising. To change a TV ad, you either have to edit it again, film new parts, or start over from the beginning. Just one mistake in the audio can make people think that your product doesn’t do what you say it does.

8. Even if you do the right research, you might not be able to reach your core demographics.

Let’s say you know for sure that people in the 18–49 age range, which is the group you want to reach, always watch a certain show every night. You decide to spend your advertising money on a TV ad that will run at the most important time. What’s that? Still, you don’t know if the ad was seen. Phones ring. People need to go to the toilet. The family could be talking about politics. During the commercial break, they might be making dinner. There are so many things that can affect how many people watch that it is always possible that you could spend hundreds of thousands of dollars on this marketing effort and get very little in return.

As your viewing habits change, it’s important to think about the pros and cons of advertising on TV. By the end of 2018, more than 33 million cable or satellite TV subscribers are expected to “cut the cord.” eMarketer’s numbers show that the number of viewers dropped by 3.8% in 2018, which is more than the 3.4% drop seen in 2017. With more ways to stream, people might watch less TV in the future. That’s why you need to look closely at each key point here to decide if this medium is right for you.

A lot of people watch TV these days. There is a strong reach into the households of the target demographic
Share. Facebook Twitter Pinterest LinkedIn Tumblr Email
Previous Article40 Mistakes You Should avoid While Advertising your Products Online
Next Article Top 13 Smart Social Media Marketing Tips For 2022: How To Improve Your Strategy